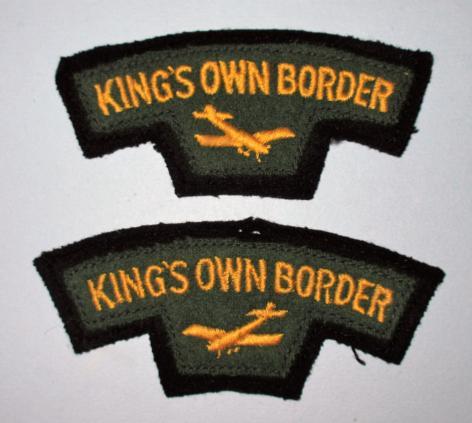 A good matched and facing pair. A design which included a glider in deference to their WW2 Airborne exploits. Worn from 1959 onwards. A small tear hole to top of backing cloth on one of them otherwise in good condition. 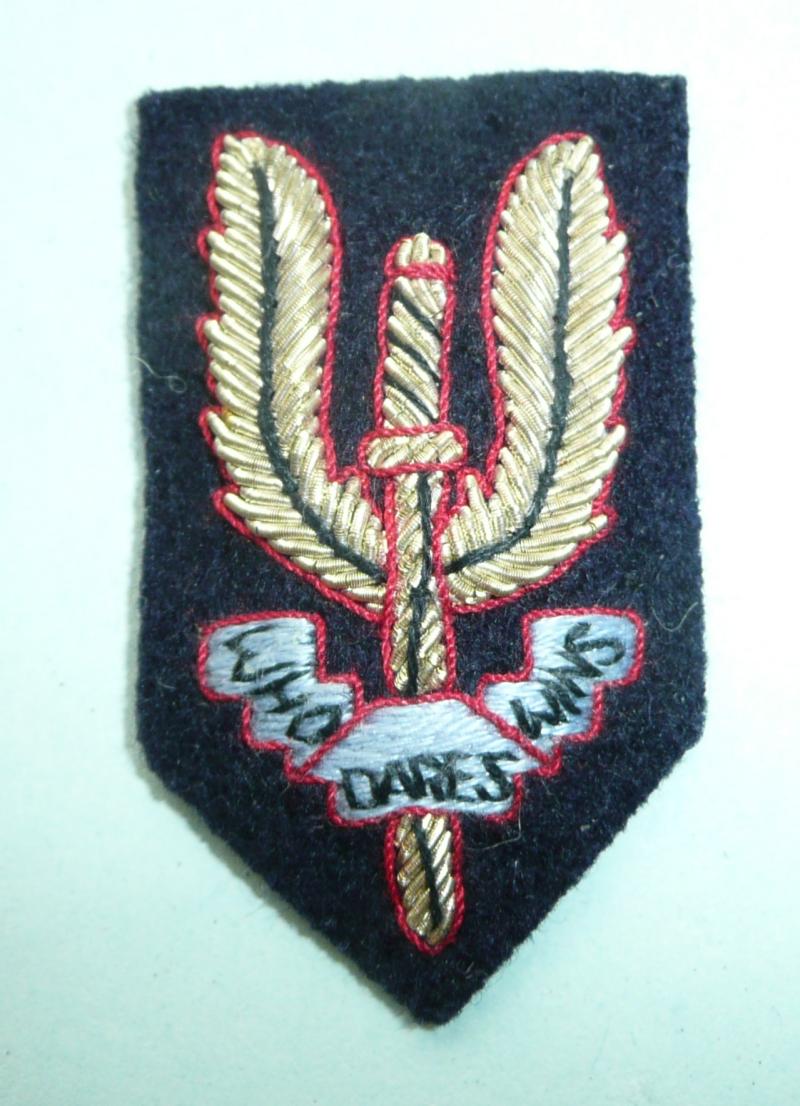 A post war battledress shoulder title, removed from uniform, now a bit grubby and some staining but very hard to come by. The light blue backing is now more brown in colour. Glider facing left. Circa 11.8cm wide and 4.4cm tall. Some traces of white bluetack to the reverse.

Hessian backed, white more of an off white now but in good condition with a light bluetack trace to the reverse. BoBD confirms these were also worn by the Free French Commandos. 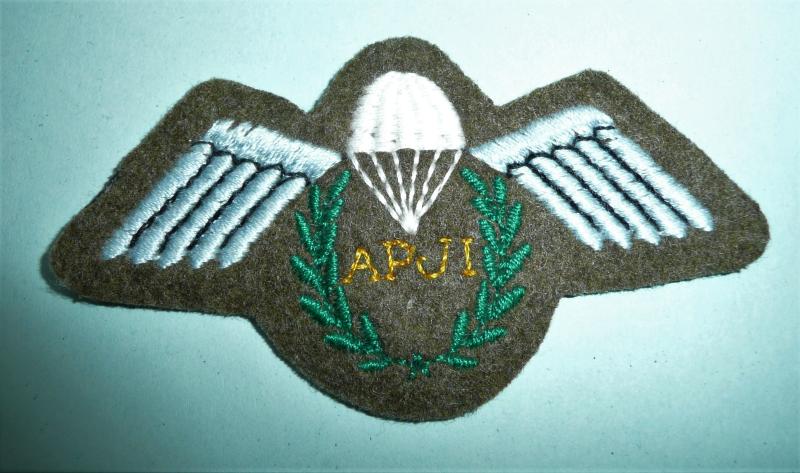 Army Personnel attached to the Royal Air Force for the purposes of training parachutists were designated as Assistant Parachute Jump Instructors and wore this proficiency badge on the upper right arm. Authorised by ACI 25 in 1955. 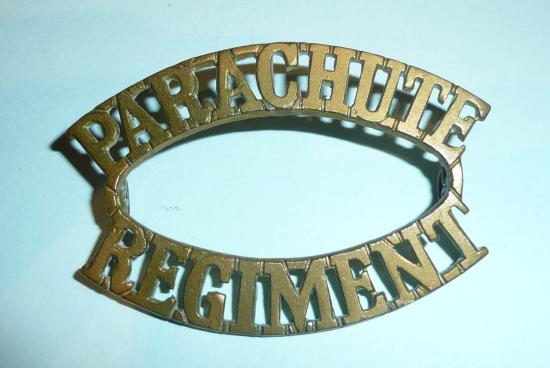 A single brass shoulder title with 2 originakl loops to reverse. Introduced in 1950. In very good condition. Removed from uniform, in very good condition. Some traces of glue to the reverse.

Formed in 1942 and attached to Commando HQ. There were two signalmen per Commando Troop. This is the second pattern introduced later in 1942 (previously it had been white on black). See Peter Taylor's book, page 65 and BoBD (Mills) No 2102, who confirms on page 384 that the embroidered versions wer... read more

Three Special Service Companies, (later designated as Squadrons) were raised in July 1941 with the designation of A, B and C. They were raised from volunteers drawn from the cavalry regiments of the 2nd Armoured Brigade (The Queens Bays, 9th Royal Lancers and 10th Royal Hussars). The idea was to train the men in the use of glider borne light tanks which was under investigation at the time.read more 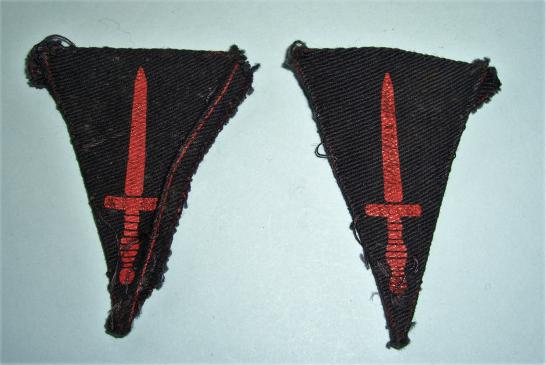