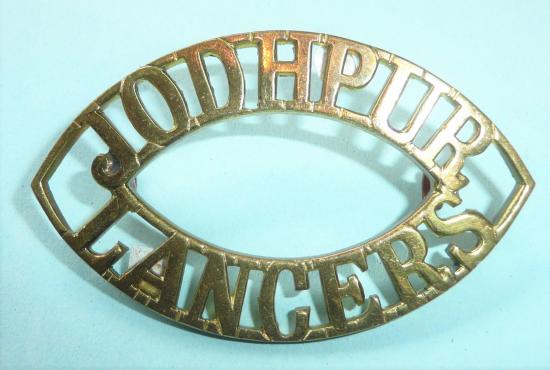 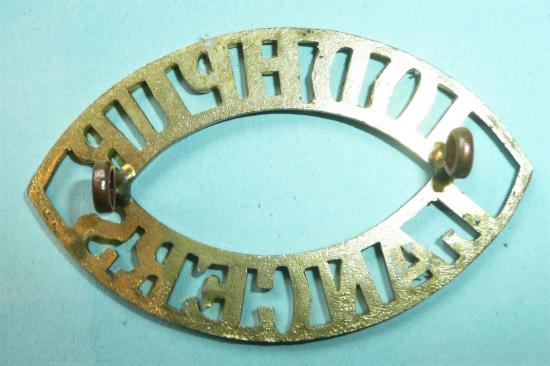 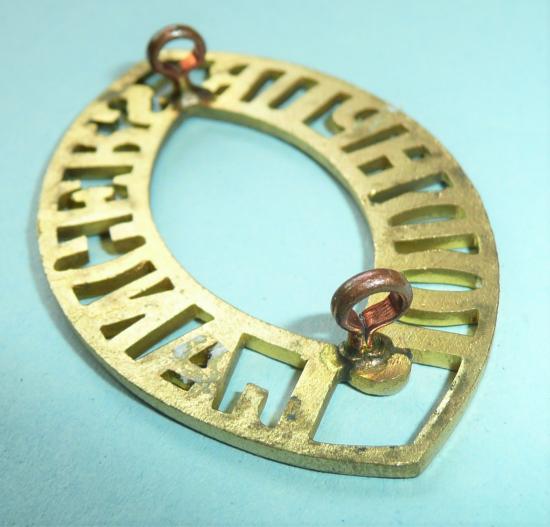 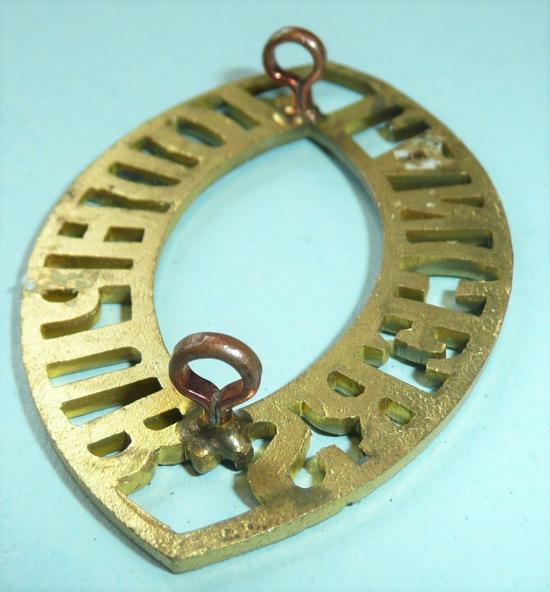 British made with two original loops to the reverse. In very good condition and of officer quality.

The Jodhpur Lancers arrived in Flanders in October 1914 and remained on the Western Front for over three years. There they participated in several unsuccessful attempts to break through German lines, including at the Battle of Cambrai where they followed British tanks into action.

In early 1918 the regiment was posted to the 15th Imperial Service Cavalry Brigade. With the brigade they were sent as part of an Expeditionary Force first to Egypt and then to the British Mandate of Palestine (present day Israel) where British forces were fighting Turkish and German troops. On September 23, 1918, the Imperial Service Cavalry Brigade was ordered to take the strategically important and heavily defended port city of Haifa. Turkish troops had taken up positions in front of the town and were supported by German and Austro-Hungarian artillery on the hills above.

The four hundred Jodhpur Lancers drew themselves up in a battle formation to the east of the city, 4,000 yards from the enemy. They faced almost one-thousand entrenched Turkish troops protected by barbed wire and covered by at least four machine guns. Jodhpur Lancers hurled themselves at the Turkish positions. Many men and horses were brought down by the hail of rifle and machine gun fire, but as they smashed into the trench line the survivors wrought terrible carnage with lance and sabre.

The charge was the last large-scale cavalry action made by the British Army in wartime. The Jodhpur Lancers fought again for the British in the Second World War, but by then they had swapped their horses for armored vehicles. The unit was later absorbed into the Indian Army following independence in 1947.