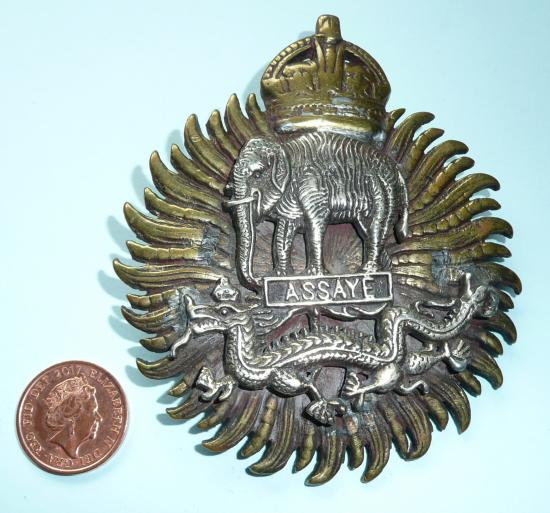 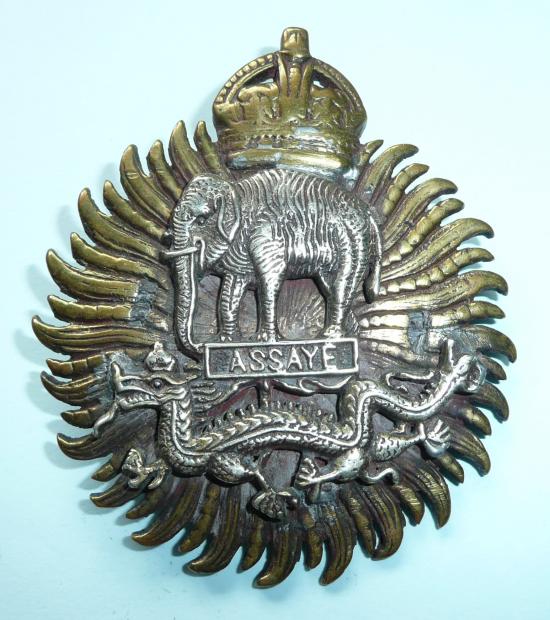 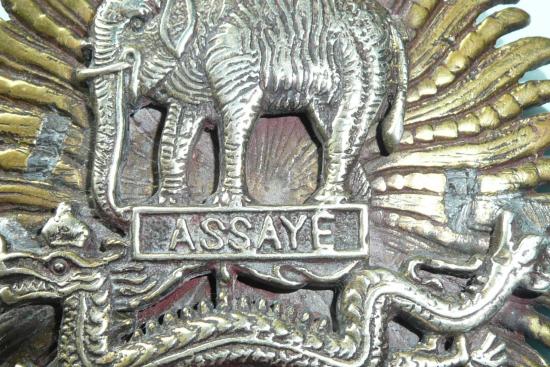 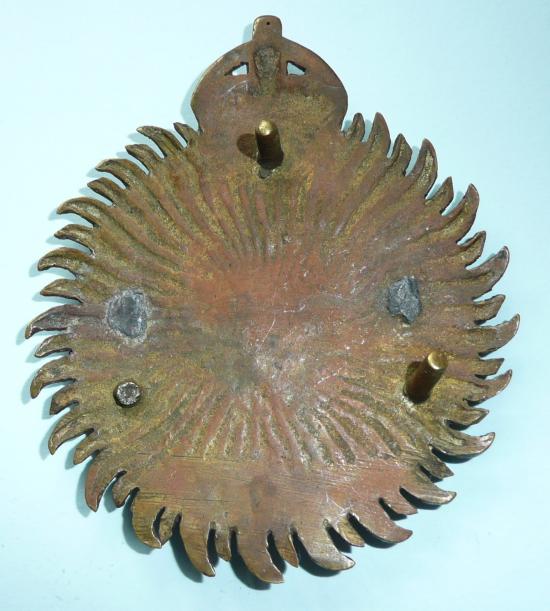 Indian Army - a large and imposing 1st Punjab Regiment Shoulder Belt Plate, Indian cast and of two part construction with a brass floret with kings crown to the top and a mounted metal elephant with Assaye tablet and Chinese dragon below. Two out of three screw posts remaining (one bent). Two old holes to either side of the elephant appear to have been filled in with lead solder. Worn 1922 - 1947. Circa 8.5cm tall. Also some polishing to detail, more especially the crown otherwise in good overall condition and probably fairly unique. Worn by colour party bearers perhaps?

The 1st Punjab Regiment was a regiment of the British Indian Army from 1922 to 1947. It was transferred to the Pakistan Army on the Partition of India in 1947.