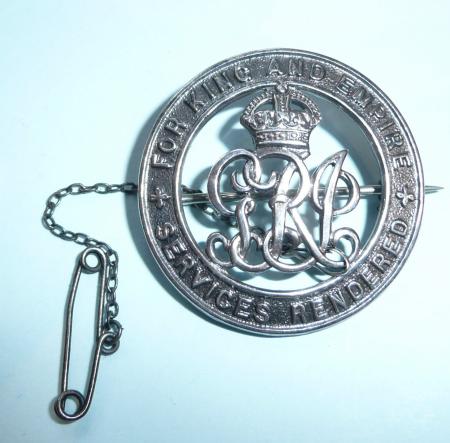 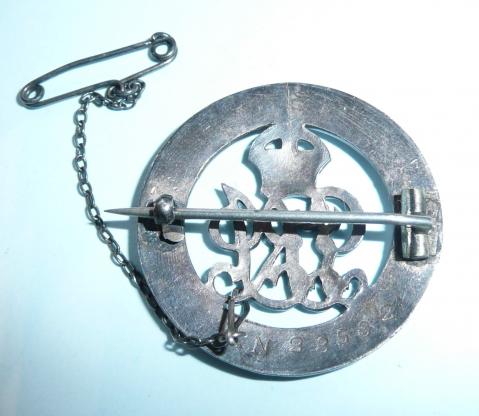 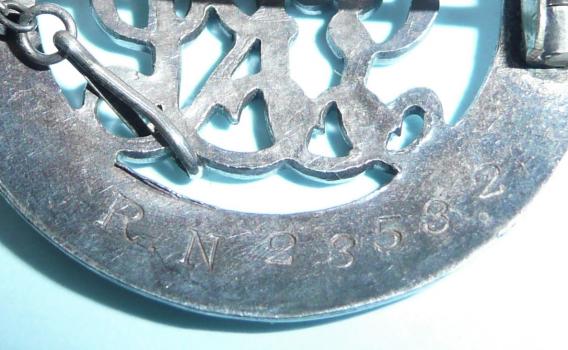 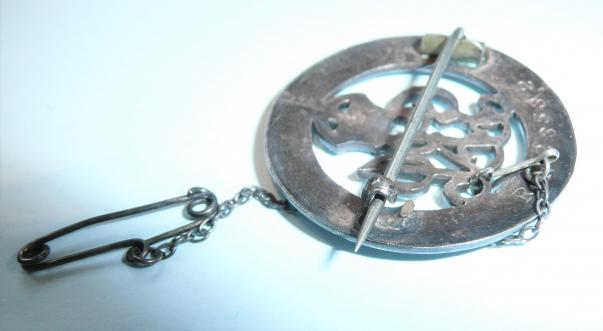 A first pattern SWB impressed RN 23532 issued to a member of the Royal Navy. Silver dark toned with east-west pin and clasp, and complete with safety chain. Pin fittings for RN 1st type appear to have been of the barrel type shown as this is now the second one handled with this style of fitting (see also item 61771). Circa 43,000 SWBs were awarded to the Royal Navy, less than 4% of all the approximately 1,150,000 issued to all services, which had to be claimed and then approved.

The first pattern SWB was issued between September 1916 and March 1918, and these were of a better quality than most later stampings. Around 335,000 of these early badges were issued to all services.