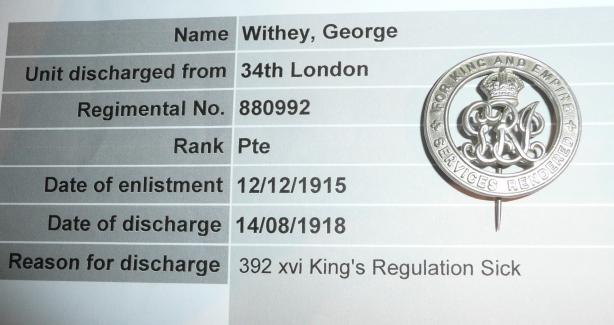 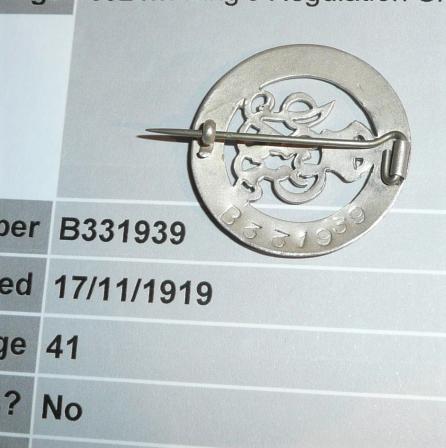 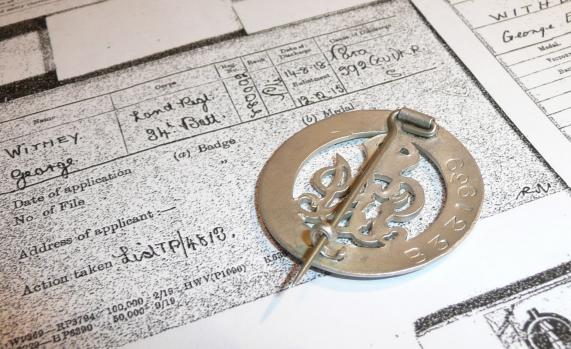 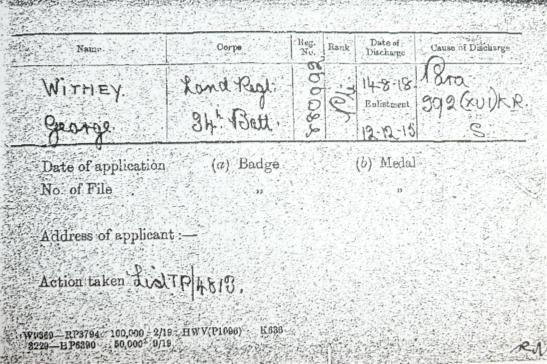 A SWB officially impressed B331939 awarded to Private George Withey of the 34th Battalion, The London Regiment (KRRC). An unmarked silver circlet inscribed 'For King And Empire Services Rendered' bearing crowned 'GRI' Imperial Cypher to voided centre. In very good condition, silver dipped (whoever does this please stop it!), original C clasp and pin. Circa 32mm in diameter.

880992 Private George Withey did not serve overseas and therefore the SWB is his only medal entitlement. He enlisted on 12th December 1915 and was discharged on 14th August 1918 under para 392 (xvi) K.R. (no longer physically fit for war service due to sickness), aged 41. Copy of CD version of SWB roll entry and copy of WW1 Medal Index Card (MIC) to be supplied.

The 34th Battalion was a Territorial Force Battalion, formed at Clacton-on-Sea in early June 1918, having absorbed the cadre of the 7th Battalion, Kings Royal Rifle Corps, before landing at Boulogne in France on 1st August 1918 and joined the 49th Brigade in 16th (Irish) Division. However, it went without George, who was discharged from the army only two weeks later on account of sickness.