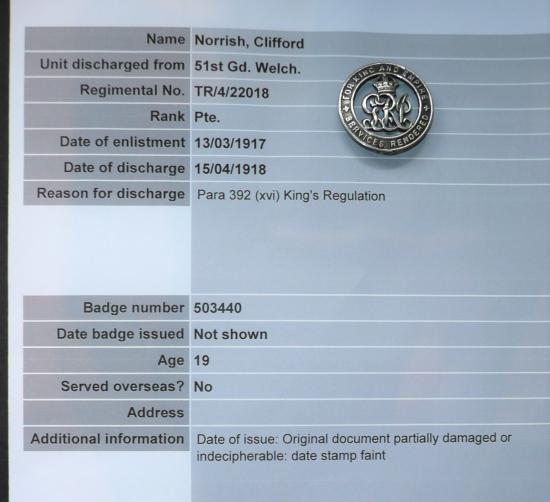 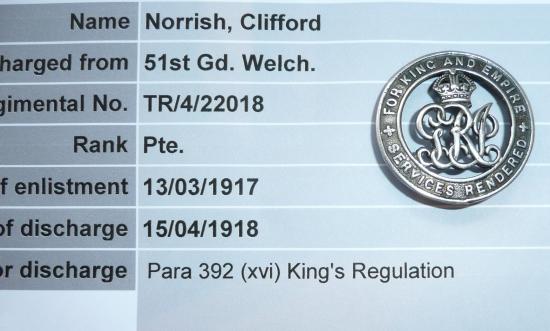 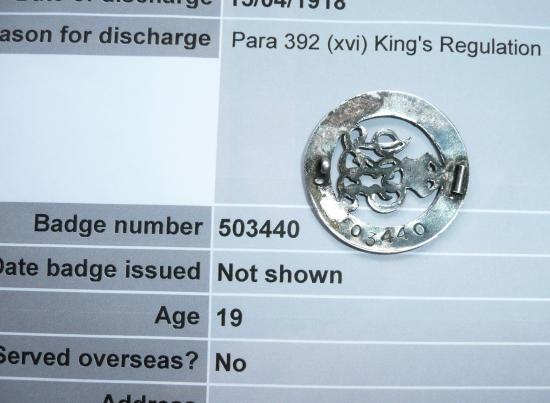 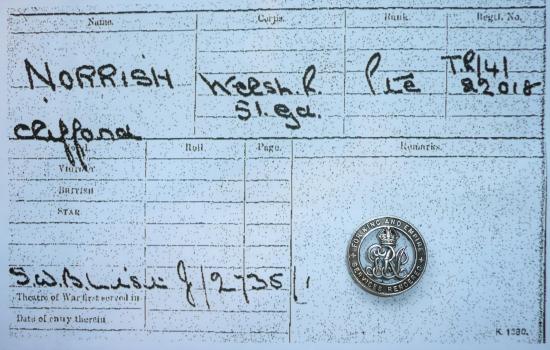 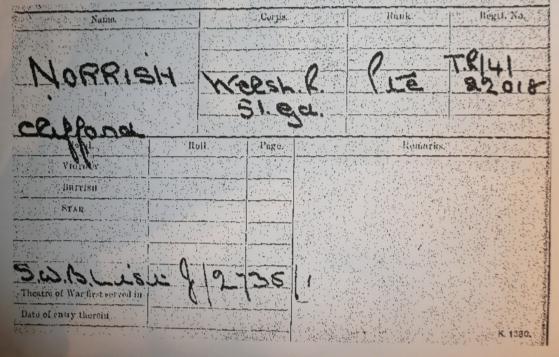 TR/4/22018 Private Clifford Norris did not serve overseas and therefore the SWB is his only medal entitlement. He enlisted on 13th March 1917 and was discharged on 15th April 1918 under para 392 (xvi) K.R. (no longer physically fit for war service), aged 19. Copy of CD version of SWB roll entry and copy of WW1 Medal Index Card (MIC) to be supplied.

The 51st (Graduated) Battalion, The Welsh Regiment was formed on 27.10.1917 at Halesworth from the 226th Graduation Battalion (previously the 63rd Training Reserve Battalion) as part of the 203rd Brigade of the 68th Division and then moved to Yarmouth. In May 1918 it moved to Herringfleet where it remained, but by the looks of it without Clifford!

Approximately 1,150,000 badges were issued to all services, which had to be claimed and then approved.