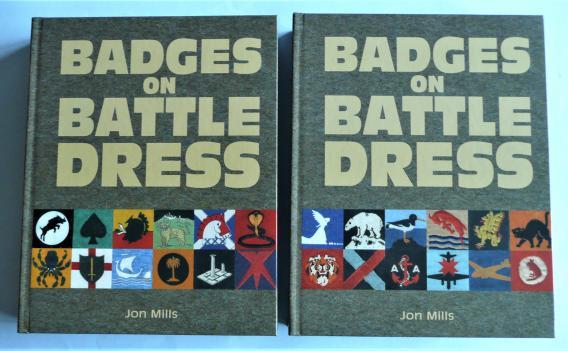 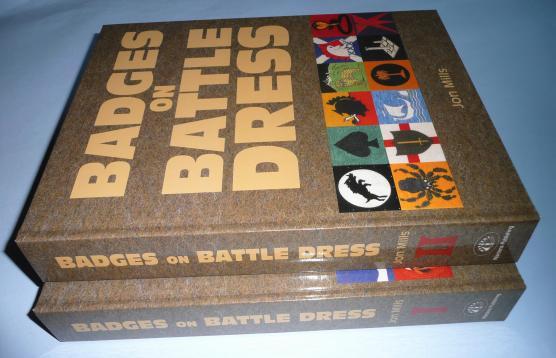 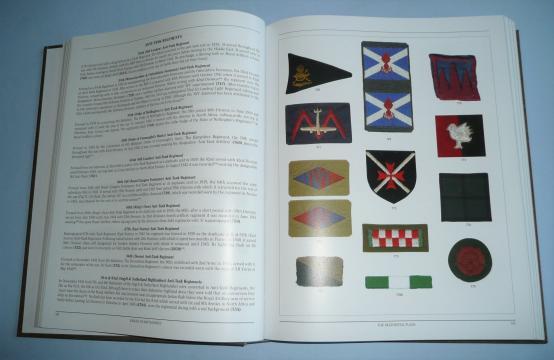 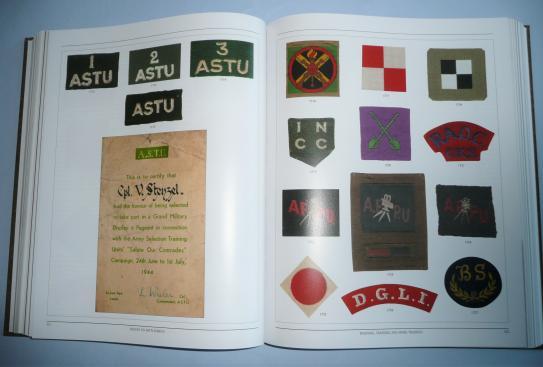 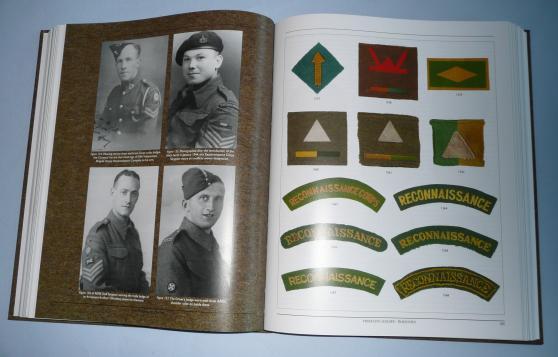 Having used these two volumes now extensively for over eight months, I still marvel at the dedication and scholarship which has gone into their creation - and I have only just started to scratch the surface. My congratulations to Jon Mills and all those across the World who have helped with this gargantuan effort. With over 1,200 pages across both volumes (indexed) they are illustrated with more than 5,000 original badges and over 500 contemporary photographs of them being worn. BUT - do not delay! - This is a limited edition run and it will not be reprinted. It is selling well and this is my big tip for a 'lockdown' read - go on treat yourself!

"A masterpiece" (General The Lord Dannatt, former Chief of the General Staff, who also provided the Foreword)
Those who have bought copies have also commented:
"Excellent book - he has read the relevant documents at the National Archives"
"a truly first class achievement" "an awesome masterpiece"
"A remarkable piece of work that will fly off the shelves"
"Probably the best study of the subject ever" "A work of art" "a pure delight for the connoisseur", "Will become the bible for cloth collectors", "Very informative and extremely detailed"
"Quite magnificent, beautifully produced …" "Ground-breaking -The amount of information in each page, paragraph or sentence is remarkable."
"Hugely impressed...erudite and wonderfully illustrated"
”the seminal work on BD badges"
"Likely to remain the definitive work on the subject for decades to come".

It is the first comprehensive history of the huge variety of insignia that decorated the rough serge suit which the British Army wore as its main uniform for over twenty years. Extensively researched from official, mainly unpublished records, 'Badges on Battle Dress' explains the origins of the cloth badges which were first introduced for the khaki service dress adopted in 1902 and shows how they developed and became more widely worn in the First World War. Kept alive by the Territorial Army in the inter-war period, they subsequently adorned the battle dress, khaki drill and jungle green uniforms in which British, Commonwealth and Allied soldiers from Europe fought the Second World War. Retained by the post-war Army, its ranks much enlarged by National Servicemen, battle dress and the badges worn on it survived until the arrival of combat suits and No 2 Dress in the 1960s.

The books forty chapters not only describe the insignia worn in the main wartime and post-war campaigns - including the BEF in 1940, the Desert Campaign, Europe after D-Day, the Far East, Palestine, Korea and Malaya – but provide detailed coverage of the insignia worn on battle dress by the Airborne Forces, Commandos, the Royal Navy, Royal Marines, RAF and the numerous civilians who served alongside the armed forces in uniform - from War Correspondents to ENSA artistes, Scripture Readers to NAAFI staff. As well as providing details of rank trade and proficiency badges the book has the first ever listing of cloth regimental flashes with details drawn from unpublished wartime records.

The two volumes are available direct from the Author, Jon Mills for £150 plus delivery costs - £14 in the UK by 'signed-for' courier. Whilst heavy the cost of posting overseas is not that prohibitive. Don't be shy, ask Jon, he has already shipped to France (£25), Canada (£32), USA ( £41) and Australia (£48). Please note these rates are illustrative only and need a proper quotation from Jon.

To order a copy or to enquire about overseas delivery, please email: