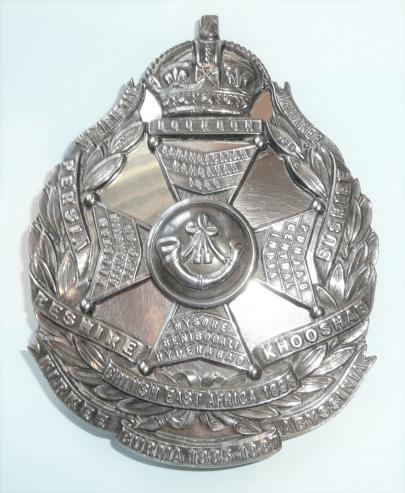 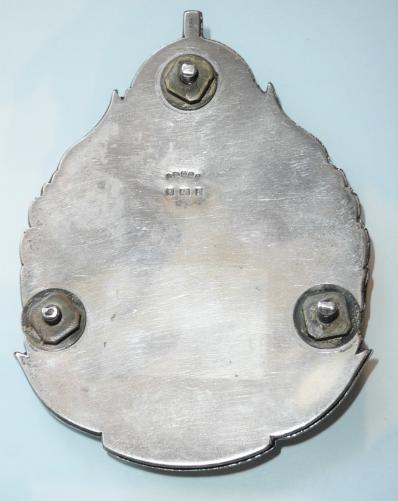 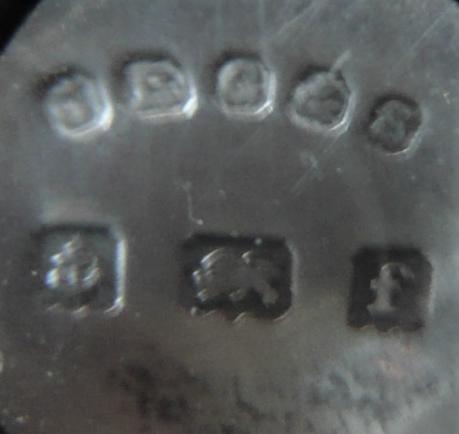 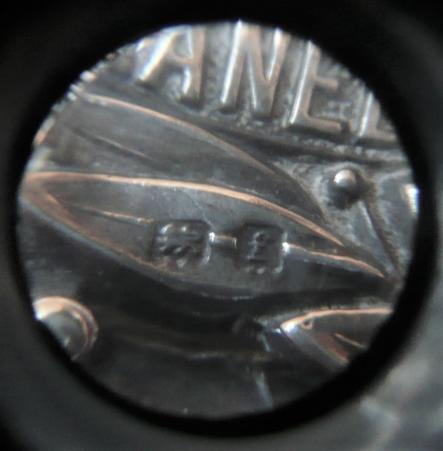 A stunning hallmarked silver full dress belt plate as worn by officers of the 104th Wellesley Rifles from 1903 until 1922. With matching Birmingham Hallmarks with date letter 'f' for 1905 to front and to the reverse of the solid silver backplate and also maker's details 'JRG & S' (JR Gaunt & Sons). Three of three original screw posts to the reverse with their original retaining nuts and washers. . Circa 9.5cm tall. Sharp detail with no polishing. Scarce.