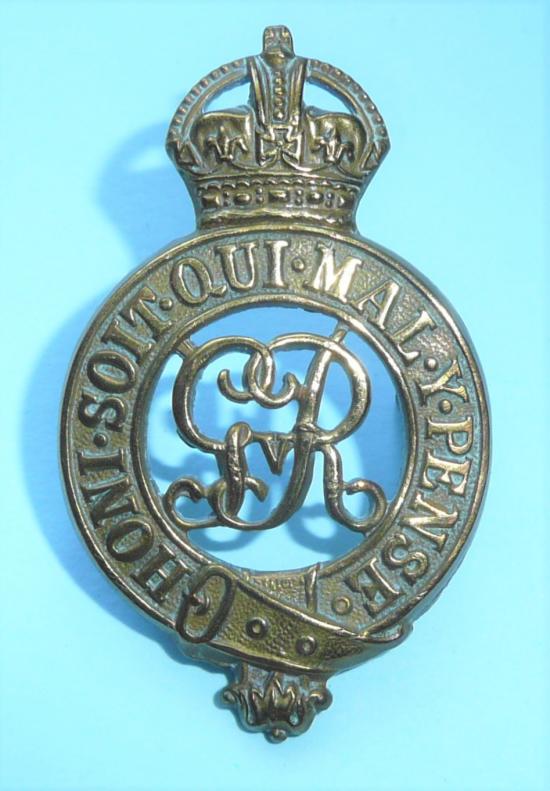 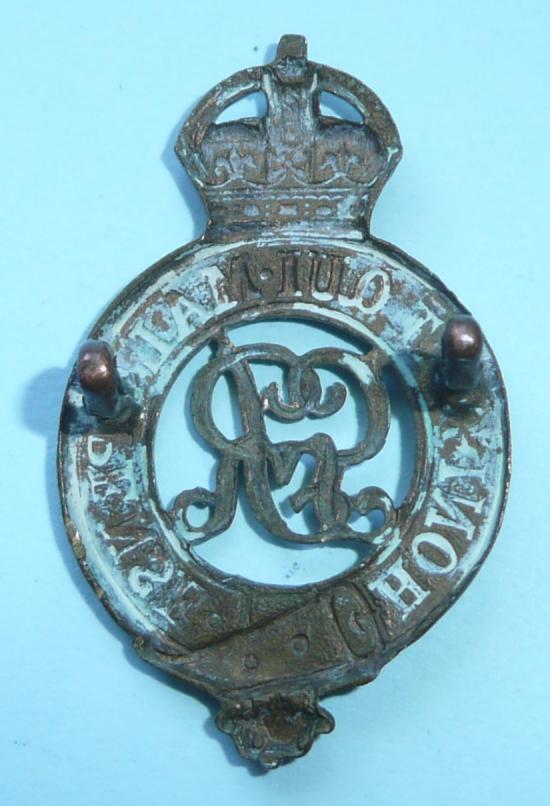 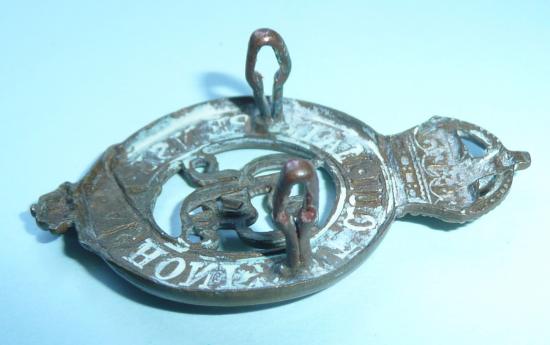 A die struck brass cap badge with two original loops to the reverse, which have been nipped together but still fully functional. Good detail.

Whilst on the service cress cap the two Life Guard regiments and the Royal Horse Guards wore their own regimental badges, on the forage cap, the three regiments (which became two regiments post 1922), wore a cap badge with the Garter motto and the monarch's cypher, which was common to all the personnel of the Household cavalry. Worn from the introduction of the cap badge in 1913 until the change of Monarch in 1937 when a new sealed pattern introduced the GVI cypher. This badge is quite scarce and hard to come by.