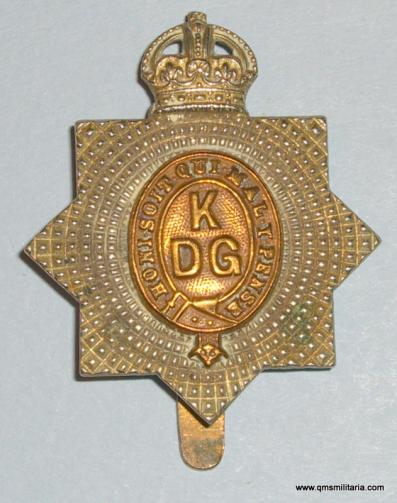 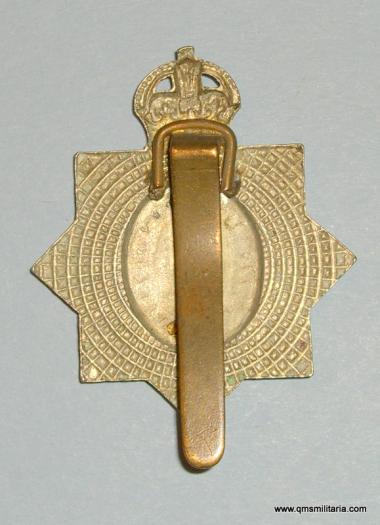 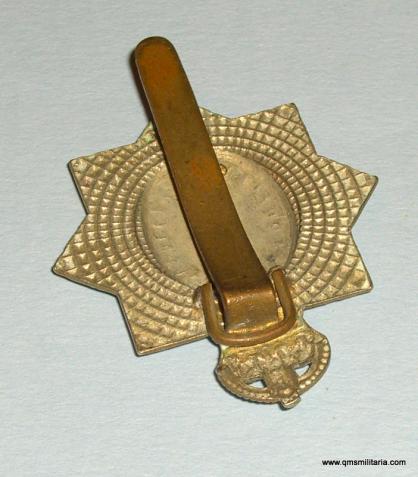 A Bi-metal cap badge in good condition with original slider and original strengthening bar to the reverse, along with two sweat / braising holes behind the central device.

In 1915, the rather grand double-headed brass Austrian eagle was replaced with this bi-metal eight-pointed star. It was worn until 1937, when the brass eagle was resumed but without the scroll. The Regiment was amalgamated in 1959 with the Bays to form The Queen's Dragoon Guards.