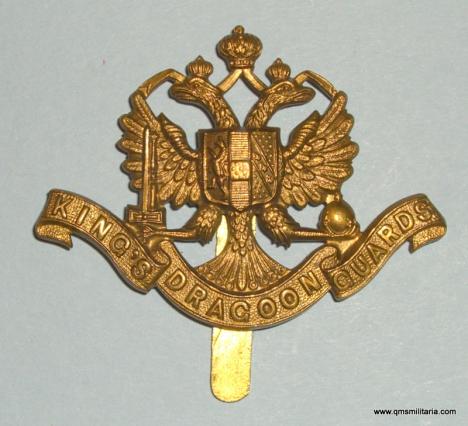 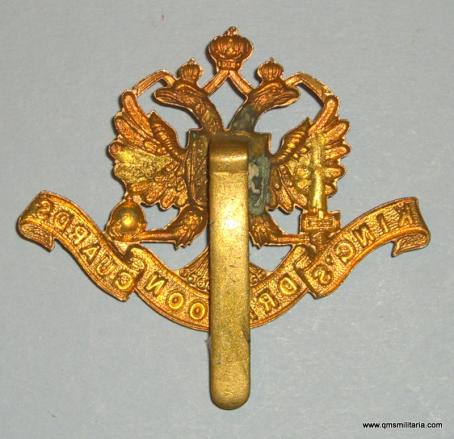 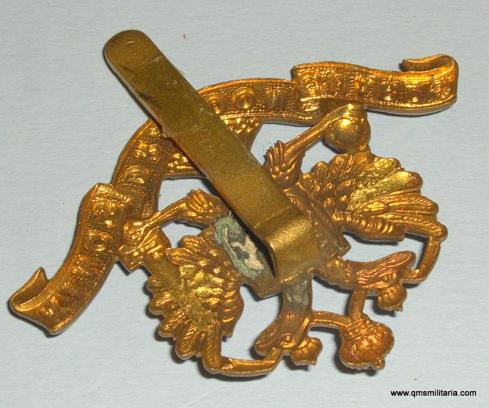 An all brass cap badge in very good condition with original slider. Scarce.

The 1st Dragoon Guards wore until 1915, the brass eagle from the Arms of the Emperor Francis Joseph I of Austria who was their Colonel-in-Chief from 1896 to 1914, with title scroll below. With Austria being aligned against the allies in WW1, his insignia was discontinued in 1915, and replaced with a bi-metal eight-pointed star until 1937, when the brass eagle was resumed but without the scroll. The Regiment was amalgamated in 1959 with the Bays to form The Queen's Dragoon Guards.