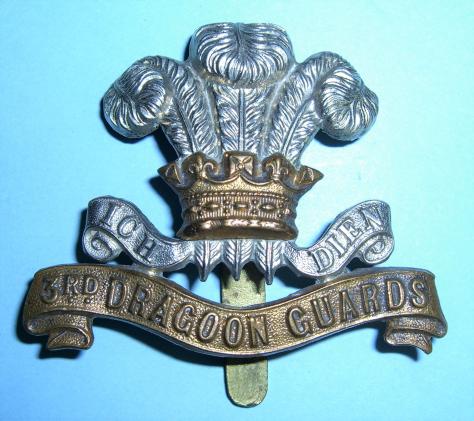 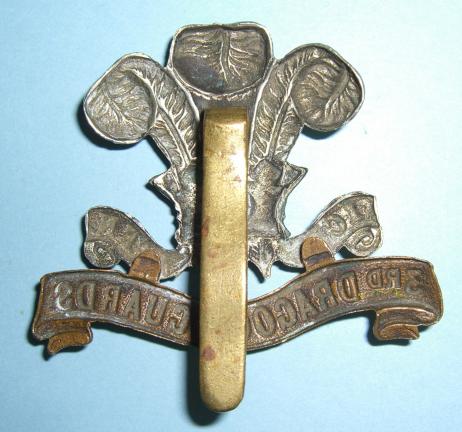 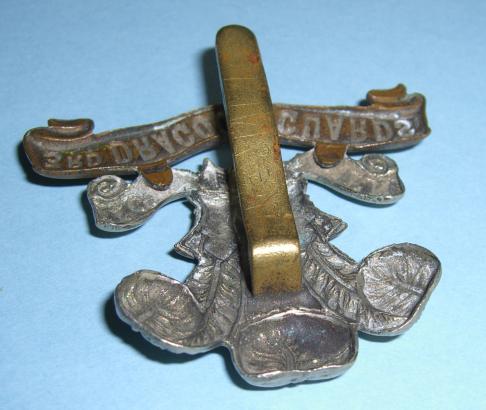 A good strong badge with original slider (some initials lightly scratched to the reverse of slider), with large circular sweat/ braising hole behind the coronet. Sharp detail.

In 1914, the Regiment wore set of three white metal plumes and motto, brass coronet and scroll. although two different strikes used varying patterns of the numeral '3', one flat-topped and the other rounded. This is not signifcant and probably accounted for by just different makers. In 1922 they merged with the Carabiniers ( 6th Dragoon Guards ), but it was not until 1929 that the new combined badge was adopted, with each squadron retaining its separate regimental badge until that year.