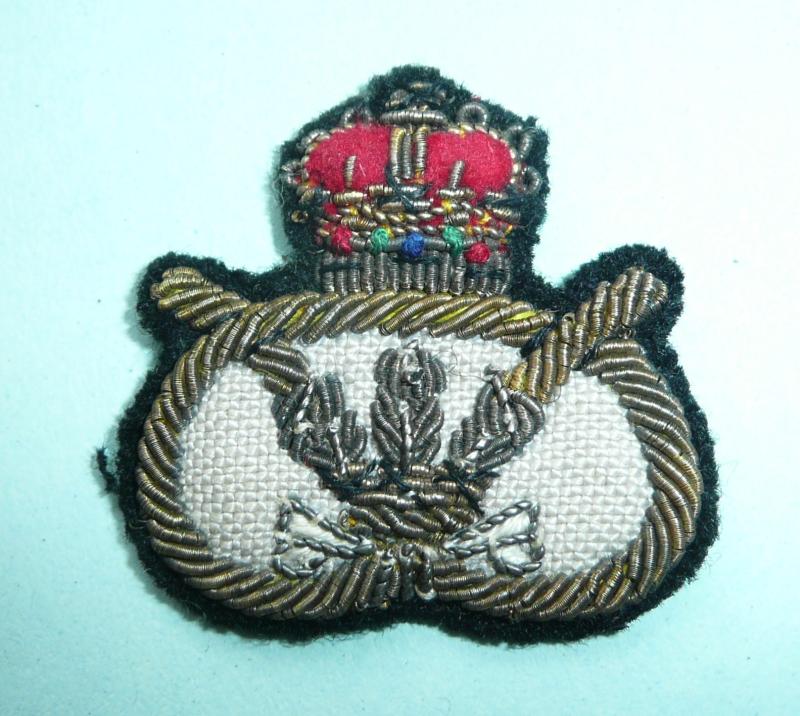 QEII Crown, removed from uniform but in very good condition. 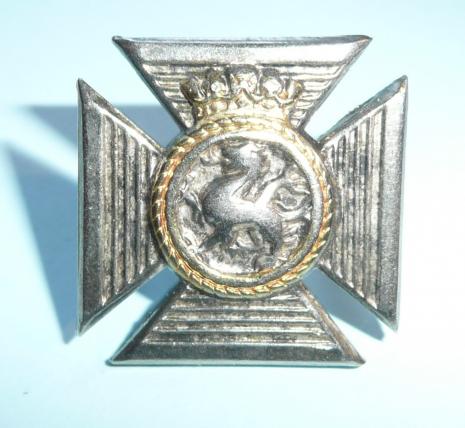 An officers silver plated and gilt die struck cap badge, with two original long loops to the reverse. A small badge at circa 26mm tall. Some loss of detail to the dragon from polishing otherwise in very good condition.

The regiment was formed on 9 June 1959 after defence cuts implemented in the late 1950s saw the amalgamation of the Royal Berkshire Regiment (Princess Charlotte... read more 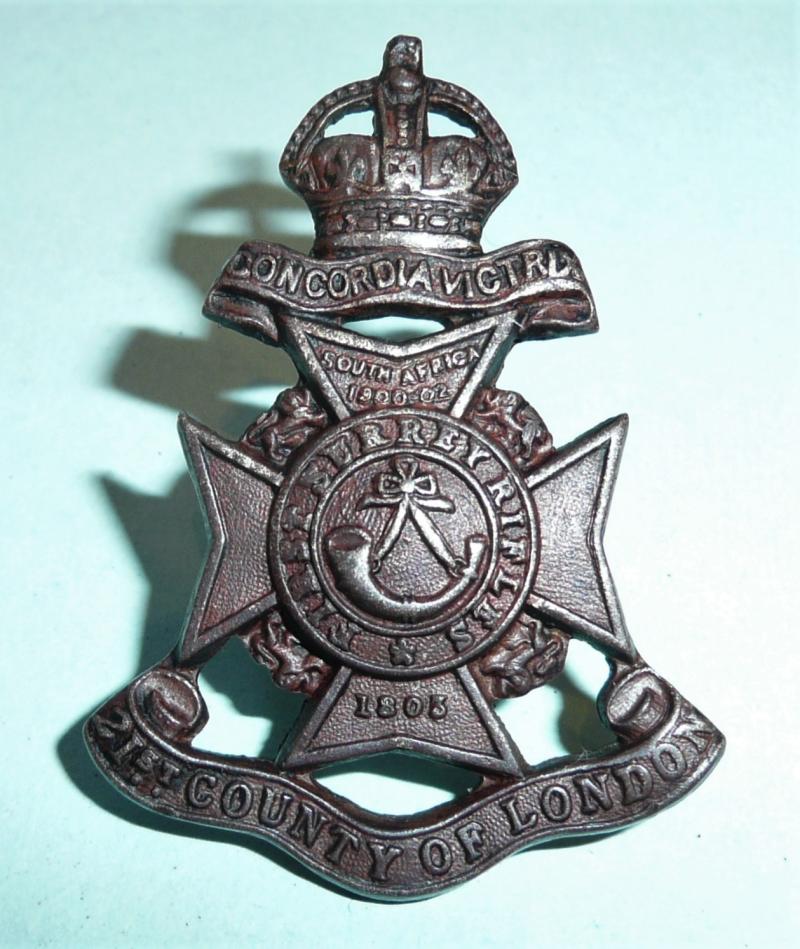 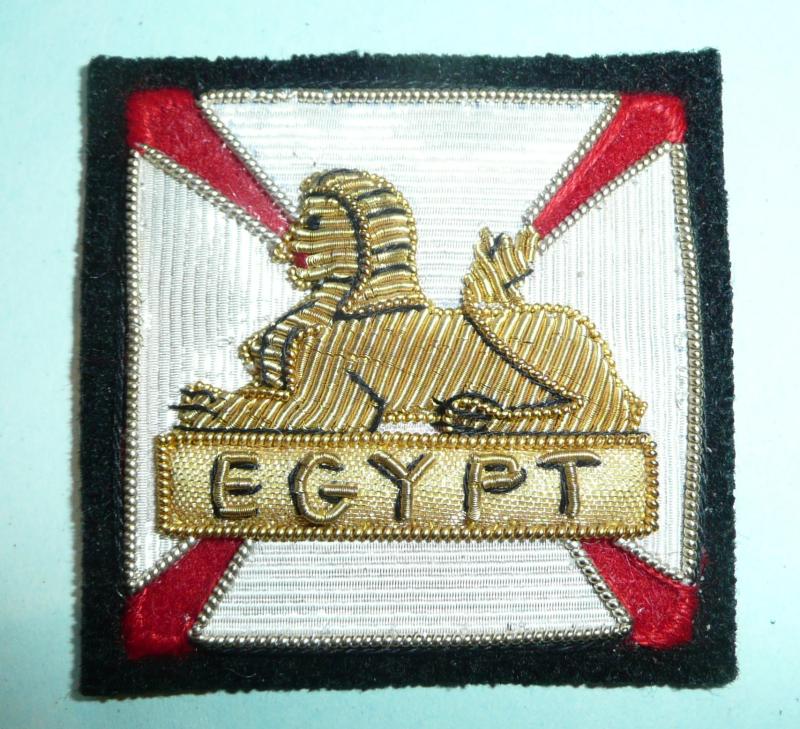 The Regiment was formed in 1994, by the amalgamation of the Gloucestershire Regiment and the Duke of Edinburgh's Royal Regiment (Berkshire and Wiltshire). In 2007, the Regiment was amalgamated with the Devonshire and Dorset Regiment, the Royal Green Jackets and The Light Infantry to form a new large regiment, The Rifles. 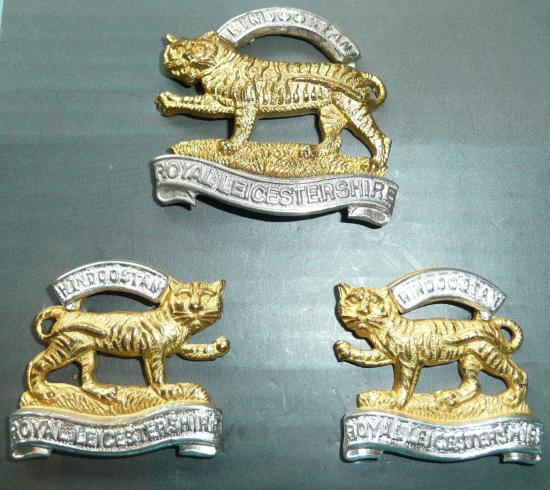 A simply stunning set of badges, in superb condition with two original loops to the reverse of each. The cap stamped plated and maker marked JR Gaunt London, with long loops. The collar badges with shorter D shaped lugs. No wear to gilt or plate, sharp detail. 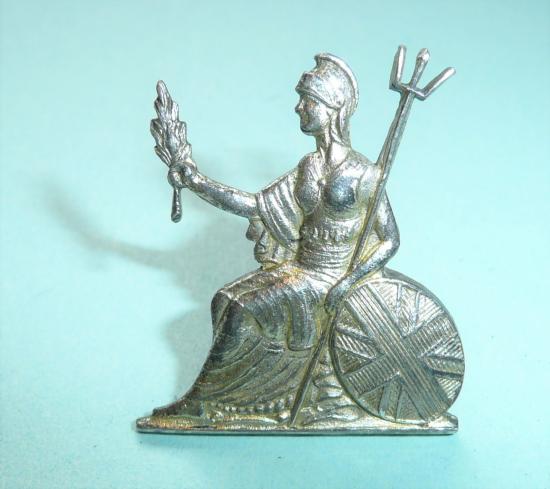 An officer's unmarked silver or silver plated beret badge with two long loops to the reverse. The figure of Britannia with trident and laurel branch. Worn 1950 to 1958. 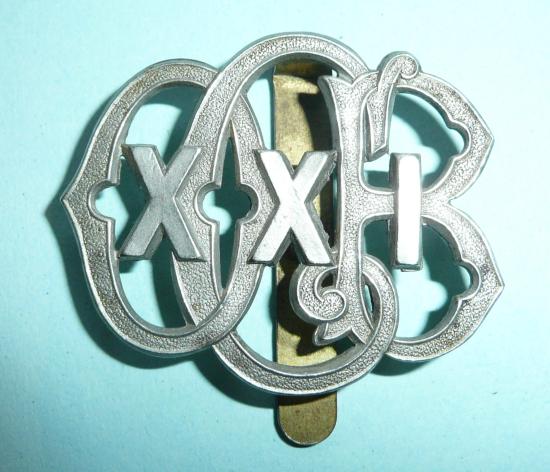 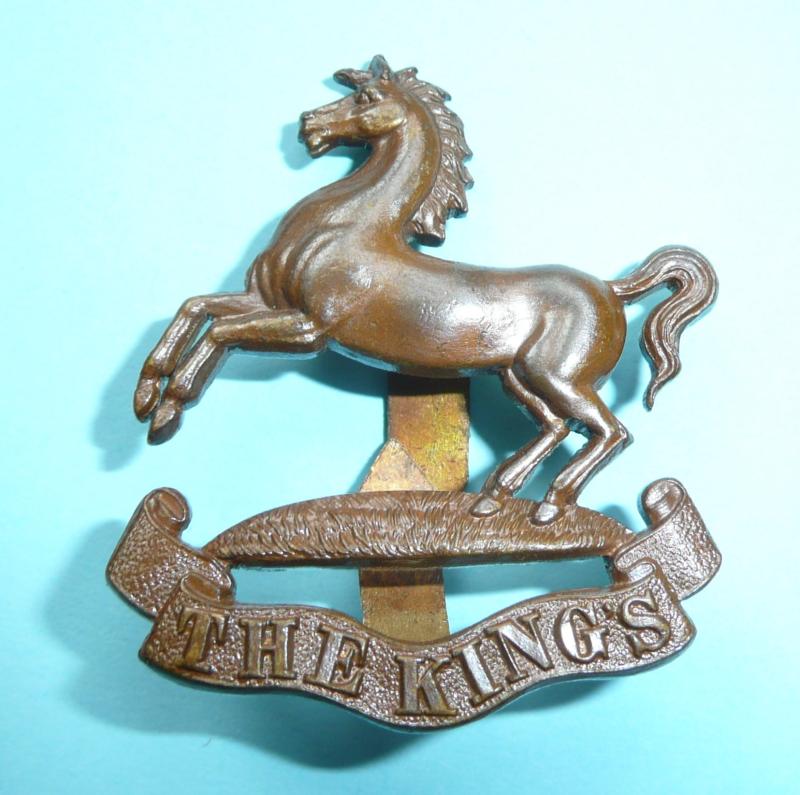 Good scarce WW1 period die-cast bronze rearing horse on THE KING'S scroll. Two original blades and maker marked J & Co (Jennens). One of the best examples I have seen. Circa 1902 - 1926. 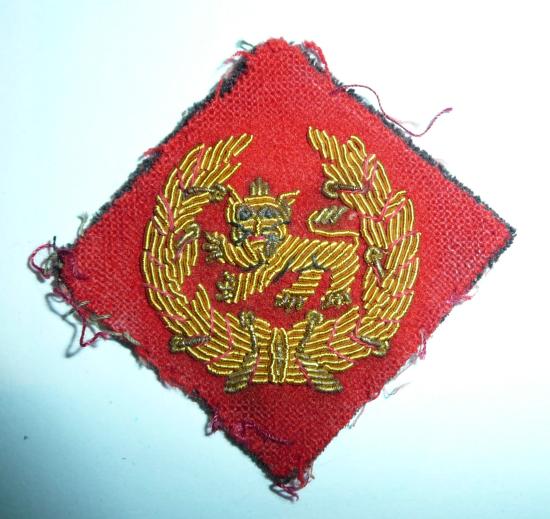 A good early gold wire embroidered Lion of England within a laurel wreath on a red felt diamond. Removed from beret. In good condition with bright colours. 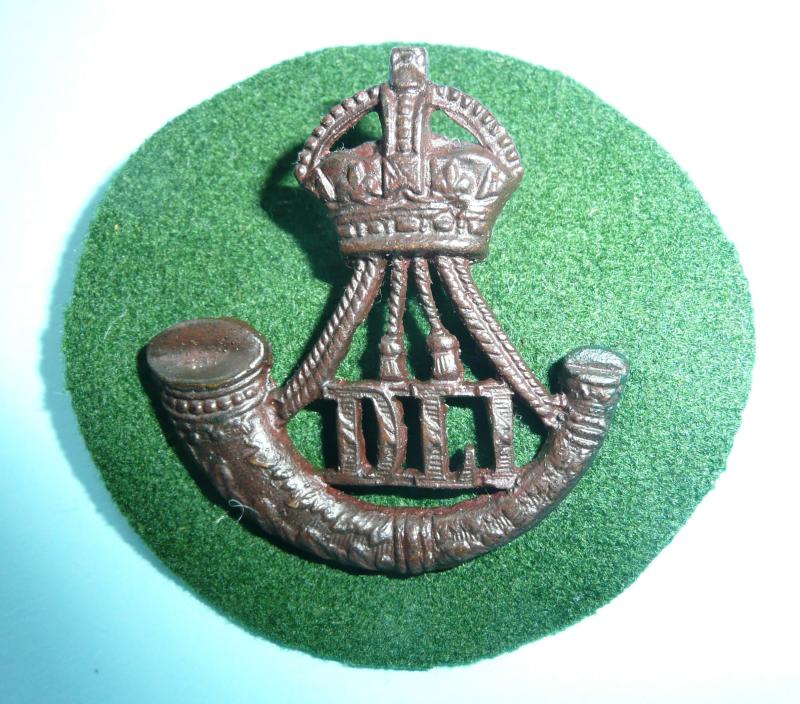